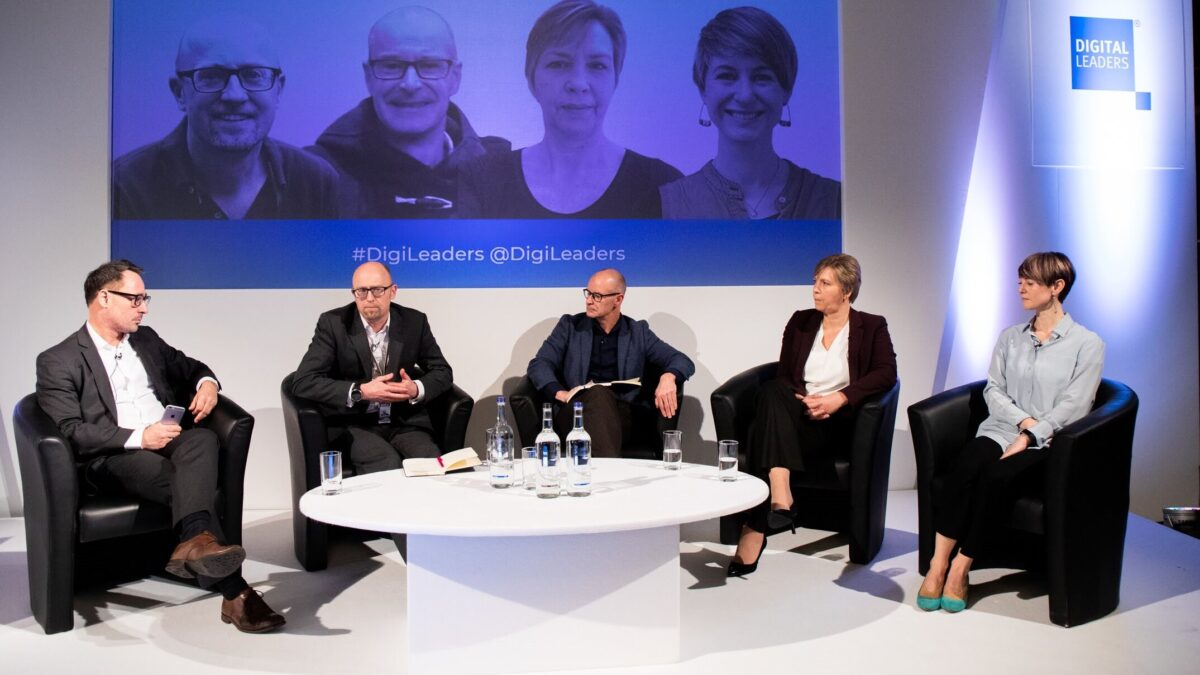 On 15 June, I again had the honour of chairing the Digital Leaders National Digital Conference. Whilst preparing my opening remarks, I was struck by the sweep of change that digital leaders have discussed at this event over the past decade and a half. Beginning when ‘digital’ was a relatively new and exciting concept, our discussions have spanned the importance of addressing user needs, agile working practices, open standards, accessibility, being data-driven and secure, cloud computing, and latterly the challenges posed by emerging technologies such as artificial intelligence, machine learning, advanced analytics, and so on.

This year was no exception. The pandemic has accelerated our acceptance of the central role that digital technologies and infrastructure play in supporting modern society. And, with this, the challenges faced by today’s digital leaders in rising to this responsibility. Accordingly, we discussed four ‘lenses’ for understanding these challenges, delivered in a new, TED-style format that allows delegates to dip in and out of online talks throughout the day – an approach that, interestingly, was shown to be successful by the post-event attendance figures.

Our first ‘lens’ addressed emerging challenges for digital leaders arising from the pandemic, with a recorded speech from Secretary of State Matt Hancock MP. He underscored the new centrality of digital in responding to the crisis and in ‘building back better’, and the challenges digital leaders face in generating interest in, and adoption of, digital infrastructure and ways of working across society. Matt also emphasised the need for us to ‘reimagine’ services in new and different ways for the digital era, rather than merely digitising the old ways of doing things.

Building on Matt’s call for us to drive interest and adoption of digital, Elizabeth Vega (Informed Solutions) offered delegates three simple, but powerful, principles for digital leadership: leading from the front (the traditional way); leading side by side (facilitating and empowering); and leading from the back (bringing forward the next generation of digital leadership). Listening to Elizabeth, I think many of us acknowledged that we could do much better in addressing this third principle in particular, and it’s certainly something that got me thinking about how I can better lead from behind in the organizations in which I work.

Rachel Murphy (Difrent) then followed up with a moving and vivid account of her personal journey as a digital leader during the pandemic. In particular, Rachel highlighted the unique delivery pressures many digital leaders have been under, as their organisations work often around the clock to deliver vital digital services that support our pandemic response – in her case, the home testing service. I think Rachel successfully brought to life the insight that ‘digital leadership’ isn’t exactly the same as ‘leadership’, and that it often encompasses unique pressures that we would do well to better acknowledge and support.

Our second ‘lens’ looked at emerging skillsets – particularly soft skills – that have become more important during the past 15 months. In what was to become a theme in this part of the conference, Euan Davies (Cognizant) characterised a change in working practices “from competencies to communities”: in other words, that people are increasingly getting things done by building and using networks, rather than going it alone. Pamela Dow (Government Skills and Curriculum Unit) built directly on this insight, highlighting the importance for new civil servants of “deep networks to perform better in a complex system” – a view that supports the need to balance the acknowledged centrality of STEM skills in digital with “generalists” who excel at forming such networks, which seem ever more important in a digital economy formed of complex ecosystems and value chains.

Caroline Mulligan (AWS) highlighted another essential, and increasingly important, leadership capability for the digital era: the ability to articulate, and convincingly communicate, a clear sense of mission and authenticity; a skill that has never been more important for earning the trust of colleagues. Caroline ran through some fascinating principles that underpin AWS’ approach to leadership: one that piqued my interest was “disagree and commit”, which says that colleagues are encouraged to entertain – and voice – disagreement, but that regardless of view they are expected to back an idea 100% once it has been decided upon. Another tantalising principle I saw on her slide, but which Caroline did not have time to explain, was the principle that AWS people “are right, a lot”. Perhaps one for the next conference?

Our third ‘lens’ offered a regional perspective on digital leadership from Wales and England (unfortunately, our Scotland delegate suffered a connectivity issue). Sally Meecham (Centre for Digital Public Service Wales) noted an increased willingness to collaborate that had been brought about by the pandemic, which has enabled people to challenge a number of hitherto unassailable myths around siloed working. It’s also enabled Wales to establish a new, networked, “whole-of-Wales” approach to delivering multi-agency public services, which sounds really encouraging. Perhaps reflecting Matt’s earlier remarks, Sally emphasised the Centre’s determination to help Welsh organisations “become a digital organisation, not an organisation with a digital team”. This sense of renewed ambition for a golden age of emerging digitally-enabled public services was underpinned by Government Digital Service (GDS)’ Tom Read. Tom brought an impressive humility to his new role as CEO and Director General, by asking “why do we need a central digital department at all in 2021?”. By way of an answer, he signalled a welcome determination within GDS to tackle digital ‘blockers’, such as identity, and genuinely reuseable digital platforms. Although I’ve heard it before, Tom also voiced my favourite soundbite of this year’s conference by describing Google as “the front door of government”.

Our fourth and final ‘lens’ moved to sectoral perspectives on current digital leadership, starting with Kirsty Waller’s (Sage). She offered unique perspectives on what she had learned through Sage’s role in digitally supporting SMEs across the UK. Kirsty characterised the emerging working landscape as “hubs of community and connectivity balanced with working from home”, whilst emphasising the greatly increased energy and effort that digital leaders need to expend in motivating, recognising and rewarding colleagues in our new hybrid working environments.

This theme was strongly underscored by NHS Resolution’s Niamh McKenna, who explained how difficult it can often be to convey a required authenticity and personality, reflecting Caroline’s earlier comments, in a hybrid working environment. Interestingly, Niamh also cautioned against assuming that all colleagues are equally comfortable in online meetings, or that they are able to perform equally to their strengths within these – citing by way of explanation some advice a local Japanese colleague had offered her during a stint of working in Japan: “Just because someone speaks the best English doesn’t mean that they have the best opinion”. Some more food for thought post-conference.

Finally, Karen Lynch (Social Enterprise UK) offered an inspiring glimpse into a fast-growing response to the digital era’s ‘crisis of authenticity’, alluded to by Caroline and others: social enterprises that are formed around personal and social purpose, rather than profit. Asking whether such organisations have the power to “redefine the future of capitalism”, Karen referred to an emerging class of digital leader: forming and building social enterprises based on digital business models – encouraging us all to take a look at eBay for Change for inspiration.

Satisfyingly, this year’s ND21 continued to articulate, and discuss, the most current of challenges facing digital leaders. It was entertaining and sometimes provocative, and as usual, has left me pondering some questions for my own leadership over the coming year. Thanks as ever to Robin Knowles and the DL team.

Circular Revolution 2021, Driving the Transition to a Circular Economy in Wales

A Wearable That Knows How You Feel