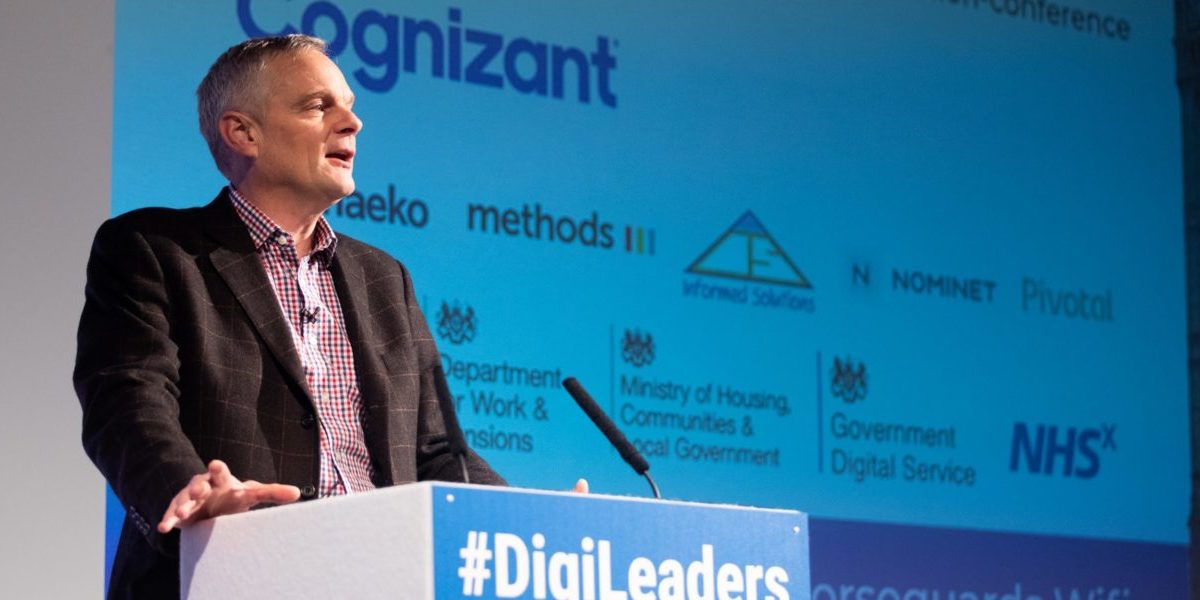 Like ‘digital transformation’, innovation is an over-used and under-examined term. This applies within business generally, but more especially within the public sector, where there are limits to the amount of disruption and risk that it is considered acceptable to carry within the public domain. Further, a range of questions arises when government ‘innovates’. These include building the culture and incentives for innovation; understanding what innovation in the digital era is actually about (clue: it’s not simply about having a new idea); handling the public-private sector relationship differently; scaling innovations; and handling the politics that inevitably surround changes of almost any kind to public services. The opportunity to chair the second Public Sector Innovation Conference on 25 February was a great opportunity to reflect on these, and many of the other tensions and opportunities that surround ongoing modernisation of public services, and benefit from a really high-quality speaker lineup. The first part of the conference was devoted to AI, the second part to innovation in central government, and the third part to innovation in local government.

First up was Ed Teather, Head of Strategy and International at the Office for AI. Ed updated us on the huge range of activities currently being undertaken in the Office for AI: building understanding about emerging markets, business models, skills, ethics, procurement, education, and diversity. Building on the achievements of the AI Marketplace and the AI Sector Deal, Ed explained the Office for AI’s strategy to maintain the UK’s position in the global top 3 on AI – which is by developing and supporting what it sees as the UK’s three key assets in this area: our institutions, our openness, and our geography.

We next addressed the issue of scaling innovation, and in this we were joined by Yatin Mahandru, Head of UK & NI Public Sector at Cognizant, and Nitika Agarwal, Chief Operating Officer at Apolitico for a ‘fireside chat’. Yatin explained that for him, innovation was ‘embracing the difference’ + enabling process: in other words, you need not just to have innovative ideas, but to operationalise innovation for it to take root – which in turn requires senior management and buy-in, ‘organising to innovate’ (supporting process), and diversity – seen as a readiness to work with partners outside of the traditional boundaries of the organisation. Nitika made a number of insightful related points. First was the observation that innovation policy doesn’t usually fit into organisational silos: here she held up the Cardiff Model of collaboration between policing and hospital A&E as an inspiring example of data-driven cross-silo innovation, that reduced violence-related hospital admissions by 35% and shrank serious violence recorded by the police by 42%.

Nitika also emphasised that innovation in the public sector can – and very often should – be incremental, as well as disruptive. Finally, she gave a range of interesting examples of digital innovation from public administrations around the world: these include New Zealand’s development of machine-readable legislation; use of voice-assisted AI to answer citizens’ queries at the Brazil Chamber of Deputies; the use of AI in a swathe of hospitals in Japan across a plethora of functions from scheduling to AI-assisted surgery; China’s widespread use of AI to perform medical diagnostics at scale; and various govtech and civtech programmes, notably in Scotland.

We next had a panel addressing AI and emerging Tech – comprising:

The panel raised a number of interesting observations which included DOJO at DWP (use of design thinking to tackle specific user-led problems); the importance of building a whole-ecosystem approach to AI across a dynamic stakeholder system of moving parts; the need to ‘fix the plumbing’ around cloud infrastructure and data cleaning before moving to AI; the need to ‘sanity-check’ whether AI will actually deliver anything of additional value in meeting user needs; our capability gap in data science; to address gaps in organisational ability to ‘do’ data science, as well as issues with clean data itself; and finally a recognition of the success of the government’s data science accelerator scheme, now into its 16th cohort, having trained 200 people, as well as the data science audit which enables public sector organisations to self-assess their data science maturity.

An interesting insight for me was the extent to which many of the messages around AI reappeared when discussing innovation more generally in government. For example during our second ‘fireside chat’, Rhod Joyce and Dr Indra Joshi, Head of Partnerships and Digital Health respectively at NHSX, emphasised the paramount need to address the plethora of different standards such as clinical safety, cyber, data protection, and interoperability across the health ecosystem if we are to really drive innovation – picking up on the ‘fixing the plumbing’ and data standards issue raised earlier. Reflecting the earlier emphasis on the importance of amplifying new ideas with operational process if they are to scale, we heard about their ‘innovation greenhouse’ as a good process for validating new standards, tools, etc to make their subsequent adoption easier for individual Trusts.

I then chaired our second panel of the day, this time looking at challenges and opportunities in using innovation to transform health. We heard from:

on a range of interesting issues. These included the challenges associated with overcoming risk averseness in the public sector, understanding the role of the centre in driving public sector innovation vs that of the periphery, short-term versus long-term payback, the essential role of data innovation in enabling the desired shift towards wellness and prevention in the health data economy, strategies for augmenting public sector spend on innovation (such as the AI Fund) with private sector funding sources, overcoming the additional governance requirements that surround innovation in the health sector, and the importance of aligning people, process, and data throughout the innovation start-up and scale-up process.

Finally, our third ‘fireside chat’, between Priya Lakhani, AI Council Member and CEO of Century Tech and Seth Finnegan, CEO of Informed Solutions, tackled the skills and capabilities we need to develop in order to drive the innovation we all want. Priya raised a number of insightful points. These included the ‘creativity-accountability paradox’: the tension between freeing people up to take risks, and disincentivising them to do this by imposing the wrong accountability structures. Priya observed that the education sector is failing to cater for the skills today’s children need for the coming digital century – an issue being worked on by the Office for AI and the AI Council Skills Working Group, and one that will require bold, rather than incremental, interventions from government. She also lamented a devaluing of non-STEM subjects, from drama to debating, that are particularly useful for innovation, and that have been particularly lost within disadvantaged groups, suggesting that ‘you treasure what you measure’ – or that many schools are accountable for core subjects but have been free to drop more peripheral ones on which they are not measured. Finally, Priya observed that it may be one thing to enshrine innovation within a strategy at an organisational level – but it’s quite another to build the culture needed to align with and support this on the ground.

Theo Blackwell, Chief Digital Officer for London, kicked off the local government discussions with a roundup of some of the recent priorities in City Hall, which come under the heading ‘Year of Data for London’. These include enhanced availability of data to citizens alongside improved user experience, the City Data strategy, connectivity, skills, and cross-London collaboration between agencies. An example of the latter is OneLondon, an initiative to join up NHS patient data. Theo stressed that he sees his role as curator/steward – so improving interoperability, availability, and sharing of data across London organisations, rather than trying to do, or build, everything himself: he used the example of TfL’s platform-based approaches to growing a vibrant data ecosystem that enables cross-sector players to innovate in a variety of ways that the state might not consider. Incidentally, on the point of incentivising external participants to build tech and services, HMRC’s Mick Connolly raised a very sophisticated point in conversation afterwards: having started to adopt the ‘evergreen’ (continuous improvement) software development model, how should the public sector approach the issue of ongoing maintenance of, and risk ownership by a(n also evolving) third party component such as an app, given that public services own the reputational risk should something go wrong with it further down the line?

MHCLG’s Chief Digital Officer, Paul Maltby, then chaired our next panel, which examined the links between technology and city innovation. Our knowledgeable speakers comprised:

Once again some familiar themes emerged: the importance of government seeing itself as a convenor in a complex adaptive ecosystem rather than trying to do everything itself; the way in which government’s embeddedness in such ecosystems affects citizens’ user experiences, as well as the way in which the need to work with partners outside its control places new strains on government’s traditional capabilities (such as procurement); the vital importance of effective infrastructure (‘the plumbing’) for trying to enable place-based services; and the desirability of common standards for interoperability – whether these are data standards or shared service patterns in the form of a ‘technical recipe book’. Finally, as well as sharing things that work, it was agreed that it was perhaps even more important to share things that hadn’t worked so that others could avoid repeating the same mistakes.

Rounding off the conference was a great panel on innovation in action chaired by GDS’ Lead Technical Architect for Innovation Breandan Knowlton, and comprising:

For me, the various great examples of public sector innovation in practice confirmed the themes that had emerged strongly throughout a fascinating day: incremental as well as disruptive innovation, working with partners, people/process/data, the creativity/accountability paradox, the importance of legacy and infrastructure, common standards and the role of the centre in fostering innovation at the periphery, challenging a low appetite for risk in procurement, working within complex adaptive systems, the need for data science skills, and lastly the need to foster a culture of sharing – even for those innovations that don’t work.

Thanks to Digital Leaders, The Office of AI, MHCLG, and the conference sponsors for putting together a really thoughtful and much-needed opportunity to reflect on the huge opportunities, but also unique challenges, for digital innovation in our public services.

Best Paper Award from the Academy of Management

IT Heroics Kept Us Working Through the Last 6 Months. Now We Must Deal with the Technical Debt.

Digital Scotland: Strategies for Government as a Platform

Living through a digital revolution – what’s next for large established organisations?